The children and staff  in Tull House are supporting Haringey Phoenix Group as their charity.

Tull House was chosen in honour of Walter Tull who was born in 1888 and grew up in Bethnal Green.

Tull played for Tottenham Hotspur football club. He was one of the first Afro-Caribbean mixed-heritage footballers to play in the top division of the Football League. He was also the first mixed-heritage officer of his rank when he served in the British Army during the First World War.

More information about Walter Tull’s life and achievements can be found at The Walter Tull Archive. 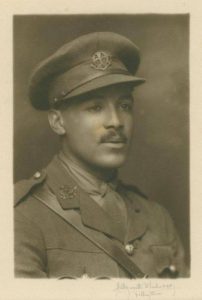